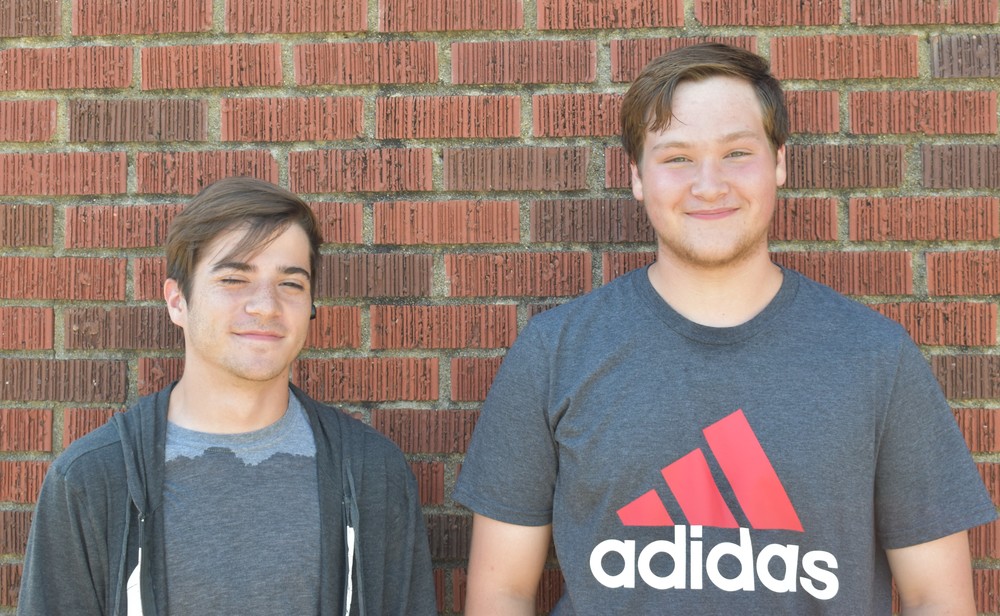 Hoxie Schools are excited to announce that Chase Gallentine and Kaleb Smith, members of the Hoxie FFA chapter in Hoxie, AR, will be on stage and in the spotlight Oct. 26-29 during the 2022 National FFA Convention & Expo in Indianapolis.

Gallentine, a senior and the son of Byron Gallentine and April Gosha, has been selected to play trombone in the National FFA Band.

Smith, a senior and the son of Kevin and Deana Smith, has also been selected to play trombone in the National FFA Band.

In late May, Gallentine and Smith began their journey when they recorded an audition tape of themselves performing with their trombones. They proceeded by sending in their videos to complete the first phase of the selection process and compete with a pool of applicants nationwide. Neither of the boys believed that they would achieve such a high honor, because the National Band only allows approximately 80 musicians to play every year. However, this year Gallentine and Smith were among the 85 students who were selected to be a part of this band.

During their time at the National FFA Convention, Chase and Kaleb will be meeting new acquaintances while also practicing their music in preparation for their upcoming debut. The boys will get to Indianapolis on Saturday, October 22, 2022, and they will receive their music that evening and begin practicing right away. They will have only three days to learn the music to perform for the entire Convention crowd, which will be more than 70,000 people, including the Governor. In total, the boys will perform six times for people from all 50 states, Guam, Puerto Rico, the U.S. Virgin Islands, and Micronesia.

The National FFA Organization is a school-based national youth leadership development organization of more than 735,000 student members as part of 8,817 local FFA chapters in all 50 states and Puerto Rico.

To help make their trip successful, the boys are in search of funding. They will begin their trip on October 22nd and it will last until October 29th. If you would like to help fund these two amazing musicians, please, contact tina.cruce@hoxieschools.com.